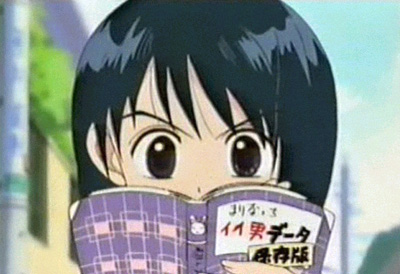 All that I am- Anna Funder
2 Replies

The Infinite Wisdom of Roald Dahl

Here's a neat little poem to brighten this rainy afternoon. If this had a melody, it could be the theme song of libraries world over!

The most important thing we've learned,
So far as children are concerned,
Is never, NEVER, NEVER let
Them near your television set --
Or better still, just don't install
The idiotic thing at all.
In almost every house we've been,
We've watched them gaping at the…

If you are a die-hard fan of Marian Keyes, as I am, and have read everything she's ever written, then you will be excited to hear that she has all but finished the "Helen" novel! Helen is the youngest of the five sisters in the Walsh family, whose lives have featured in Watermelon,… 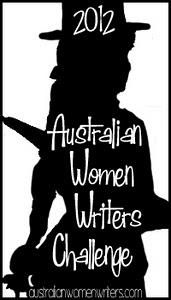 This is a great initiative designed to counter the gender bias in reviewing and social media newsfeeds. It actively promotes the reading and reviewing of a wide range of contemporary Australian women's writing throughout 2012, the National Year of Reading.

Anyone can join in the challenge, by reading and reviewing a variety of writing by Australian women,…

Check out the exciting program of events planned for the October School Holidays- inspired by the International Year of Forests 2011. The full program can be found on the Children's Library webpage, and bookings open on Monday 12th September. Make sure you don't miss…

10 songs about libraries and librarians! 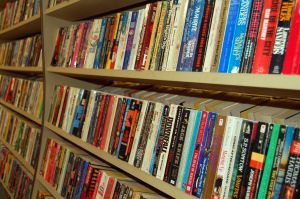 For lovers of the greystockinged life- a list of songs to help you get your fix when the library doors are closed.

Are you a member of Mosman Library?
yes

Tim said…
It looks like your lining up those birds for a bit of target practice!

Tim said…
Hi Kate, in your review, put the picture in with the 'add picture' button instead of the attach file section at the bottom :)

Paul Ortega said…
Cake withdrawal symptom 1 : When devoid of cake, patient becomes silently frantic and looks through children's cookbooks for an unsatisfying visual subsititute, then declares she has an affinity for carrot and lemons.

Paul Ortega said…
Carrot cake and lemon icing! not hummous icing sheesh.
Im about to have a pie with chilli sauce and a cup of coffee, afternoon tea of kings.
I seem to talk about food a lot, mmmmm. But guess what? Now I get to write an essay on postmodernism!

This Ning App is not visible to members on the Main page.