The Miles Franklin Literary Award 2009
On Thursday 18 June at a gala dinner held at the State Library of New South Wales. Tim Winton was announced as the 2009 winner for his novel Breath.

It is twenty-five years ago when Tim won his first Miles Franklin Literary Award for Shallows. This year's win means that he is the only writer ever to have won four times in his own right.

On his win, Tim Winton said that this award has tried to do its part over time to stiffen the… Continue 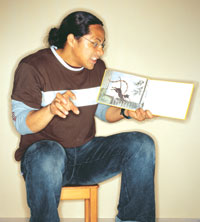 Saw a tweet from Courtney Johnson of the The National Library of N.Z. this morning... "Hate to sound like I'm pimping our work, but if you have kids & haven't seen our Create Readers blog, you're missing out"!

Create Readers is a blog about children's and YA literature (especially New Zealand), literacy research, and ways to get, and keep, kids reading.… Continue

A very clever person on Twitter has started a book tweet described at 'Books edited to less than 140 letters'
Posts include the following: 'Eat, Pray, Love by Elizabeth Gilbert. Crybaby abates her insecurities by traveling around the world. How nice for her. The End.'

Good for a giggle. Check it… Continue

The film adaptation of Jodi Piclout's My Sister's Keeper is due to hit Australian theatres on July 30 2009. But if you can't wait that long Jodi's web site has links, podcasts and trailers about this long awaited film.

My Sister's Keeper tells the story of Anna, a girl conceived to provide a bone marrow match for her leukemia-stricken sister. Now a teenager, Anna begins to question her moral obligations to… Continue 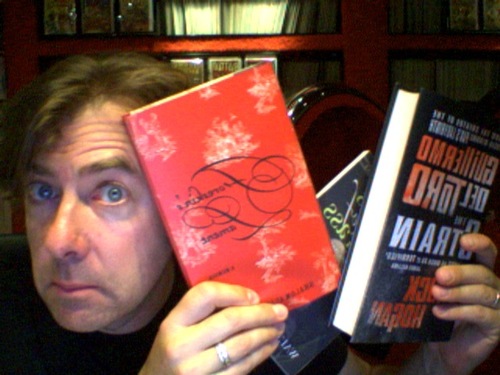 U.K. TV & radio presenter Jonathan Ross has a book club with, right now, 6,425 members (give or take a few hundred spam bots). The Guardian reports that booksellers are taking an interest after sales spiked for his first pick, Jon Ronson's Men Who Stare at Goats. 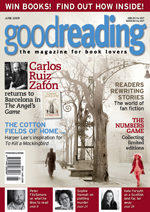 Good Reading is a great Aussie monthly about books and authors. With your Mosman Library card, you have a free subscription to the online magazine.

Have a read and win!

Question: Which author does Good Reading profile in the article ‘Killing them softly’?

Hint: You can find this article on page 24 of the June magazine.

Email your answer to… Continue