I follow @brainpicker on Twitter who has a posted a fascinating read on Philip K Dick, the renowned American, iconic sc-fi author who would have been 83 on 16th December.

The movie Blade Runner was loosely based from his novel…

Happy New Year to All on Mosman Readers


If you have an… Continue

The resurgence of the Ebook is sky rocketing due to new technology ie hardware and software and an affordable price. Time for those budding authors to contemplate a new platform for their bestseller!

"Get Your Game On:Gaming at Your Library" - Beth Gallaway

"Studying in a Library" Amusing Video !!

Gary Hayes was one of the guest speakers at the RU game : games and public libraries. He is a Coordinator and Lecturer of Multi Platform Content at the Australian Film TV and Radio School. I had a post on Gary's Social Media Counter in my Wallerawang Library Blog. Here is the web link - Counter

Gary Hayes presentation was fantastic! He previously has worked as a senior development producer with the…

Reinventing Books, Magazines and Newspapers in the Digital Age by Frederic Kaplan

Moments in Time at Mosman 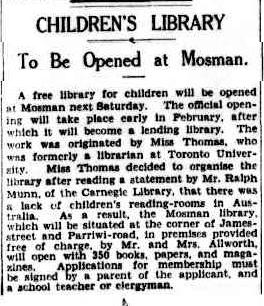 Although the book was published in 2004 it is still a bestseller! (Due to us Trekkie Fans)

This podcast below however is intriguing…

St Patrick's Day - And Everything Irish!

He Wishes For The Cloths Of Heaven

Had I the heavens' embroidered cloths,…

And the Acadamy Award Winner is !!!!

Stanley Tucci in “The Lovely…

Out of Print Sci Fi Novels

( image thanks to UFO Clip Art )

I love anything to do with Science Fiction - books, movies, TV series!

Here is a fantastic link looking at Sci Fi novels. Here is one of my re- tweets from…