The Crime Writer's Association of Australia has recognised the following outstanding crime books fiction for 2010.

Wyatt's been away. Now he's back. That's as much as anyone really knows about him. The rest is rumour, the kind that makes people wary. And that's fine with Wyatt. Eddie Oberin thinks he knows enough about Wyatt to make him an offer. A jewel heist - inside information courtesy of Lydia Stark, Eddie's much smarter ex-wife. The target is an intentional courier of stolen items: Alain Le Page. Wyatt doesn't know the name Le Page and he doesn't know Lydia. He will. 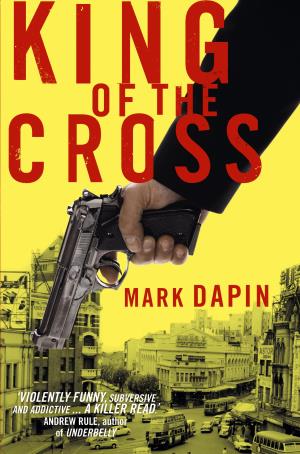 This gripping novel explores the criminal world of Jacob Mendoza: legendary Godfather of Kings Cross and for more than four decades, Australia's most powerful and notorious crime figure. To record his epic life story he employs a hapless young reporter from the Australian Jewish Times. As Mendoza unfolds his seductive story of thugs and drugs, murders and mysteries, bikers, bent cops and girls, girls, girls, it emerges that he's not the only one with a past. And as the memoir takes shape, other more terrifying criminals are circling the kingdom that Mendoza built.

In 2000, police descended on the British colony to investigate disturbing reports of rape. What they discovered was a shocking trail of child abuse dating back generations. Scarcely a man was untainted by the allegations, and barely a girl had escaped, yet most residents feigned ignorance or claimed it was their ′way of life′. The ensuing trials would tear the tiny community of just 47 people apart, pitting neighbour against neighbour and reopening long-festering wounds.One of only six journalists to gain access to the island, Kathy Marks lived on Pitcairn during the trials and then followed the legal and human saga to its conclusion in 2007. In this riveting account, she uncovers a society gone badly astray, leaving lives shattered and codes broken: a paradise truly lost.