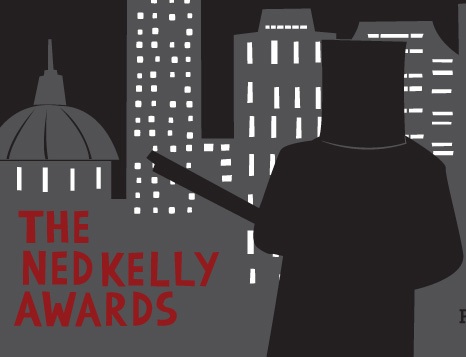 The Ned Kelly Awards (or the Neddies) celebrated their 20th Anniversary over the weekend at the Australian Crime Writers Award dinner in Melbourne. The Ned Kelly Awards are Australia’s oldest and most prestigious prizes for crime fiction and true crime writing. First established in 1995, the list of previous winners includes, Peter Temple, Shane Maloney, Gabrielle Lord, Garry Disher and Kerry Greenwood.

There were some great titles on the shortlist and we were really pleased to hear that Helen Garner won the award for Australia's Best True Crime book. The winners are ....

On the evening of 4 September 2005, Robert Farquharson, a separated husband, was driving his three sons home to their mother when his car plunged into a dam. The boys, aged ten, seven, and two, drowned. Was this an act of deliberate revenge or a tragic accident? The court case became Helen Garner's obsession. She was in the courtroom every day of Farquharson's trial and subsequent retrial, along with countless journalists and the families of both the accused and his former wife.

In this utterly compelling book, Helen Garner tells the story of a man and his broken life. At its core is a search for truth that takes author and reader through complex psychological terrain. Garner exposes, with great compassion, that truth and justice are as complex as human frailty and morality.

Most police duos run on trust, loyalty, and the desire to see killers in court. But Detective Frank Bennett's partner, the enigmatic Eden Archer, has nothing to offer him but darkness and danger. She doesn't mind catching killers – but it's not the courthouse where her justice is served. And now Eden is about to head undercover to find three missing girls. The only link between the victims is a remote farm where the desperate go to hide and blood falls more often than rain. For Frank, the priority is to keep his partner monitored 24/7 while she's there – but is it for Eden's protection, or to protect their suspects from her?

Across the city at the Utulla Tip, someone is watching Hades Archer, a man whose criminal reputation is the stuff of legend. Unmasking the stalker for him might be just what Frank needs to stay out of trouble while Eden's away. But it's going to take a trip into Hades's past to discover the answers - and what Frank uncovers may well put everyone in danger . . .

Charlie Jardim has just trashed his legal career in a spectacular courtroom meltdown, and his fiancee has finally left him. When an old friend slings him a prosecution brief that will take him to the remote coastal town of Dauphin, Charlie reluctantly agrees that the sea air might be good for him.

The case is a murder. The victim was involved in the illegal abalone trade and the even more illegal drug trade. and the witnesses aren't talking.

And as Dauphin closes ranks around him, Charlie is about to find his interest in the law powerfully reignited.

You can read more about the award here bit.ly/1JeT9sP