We’re past the middle of Winter now, but it’s still really cold outside, and so it’s perfect weather to curl up with a really good book at night.

We thought we would post some of the most borrowed books over Winter thus far, as a bit of extra inspiration for some absorbing books to read. 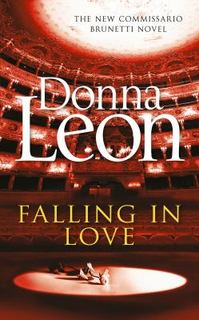 "Falling in Love" by Donna Leon

In Death at La Fenice, Donna Leon's first novel in the Commissario Brunetti series, readers were introduced to the glamorous and cut-throat world of opera and to one of Italy's finest living sopranos, Flavia Petrelli - then a suspect in the poisoning of a renowned German conductor.

Now, many years after Brunetti cleared her name, Flavia has returned to the illustrious La Fenice to sing the lead in Tosca. As an opera superstar, Flavia is well acquainted with attention from adoring fans and aspiring singers. But when one anonymous admirer inundates her with bouquets of yellow roses - on stage, in her dressing room and even inside her locked apartment - it becomes clear that this fan has become a potentially dangerous stalker. Distraught, Flavia turns to an old friend for help. Familiar with Flavia's melodramatic temperament, Commissario Brunetti is at first unperturbed by her story, but when another young opera singer is attacked he begins to think Flavia's fears may be justified. In order to keep his friend out of danger, Brunetti must enter the psyche of an obsessive fan and find the culprit before anyone comes to harm. 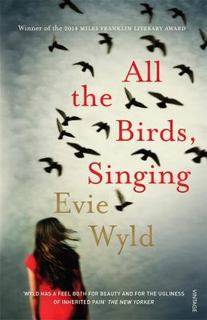 "All the Birds, Singing" by Evie Wyld

Jake Whyte is living on her own in an old farmhouse on a craggy British island, a place of ceaseless rains and battering winds. Her disobedient collie, Dog, and a flock of sheep are her sole companions, which is how she wanted it to be. But every few nights something—or someone—picks off one of the sheep and sets off a new deep pulse of terror.

There are foxes in the woods, a strange boy and a strange man, rumors of an obscure, formidable beast. But there is also Jake's past—hidden thousands of miles away and years ago, held in the silences about her family and the scars that stripe her back—a past that threatens to break into the present. With exceptional artistry and empathy, All the Birds, Singing reveals an isolated life in all its struggles and stubborn hopes, unexpected beauty, and hard-won redemption. 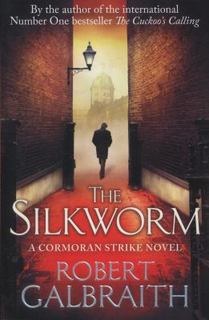 "The Silkworm" by Robert Galbraith

When novelist Owen Quine goes missing, his wife calls in private detective Cormoran Strike. At first, Mrs. Quine just thinks her husband has gone off by himself for a few days--as he has done before--and she wants Strike to find him and bring him home.

But as Strike investigates, it becomes clear that there is more to Quine's disappearance than his wife realizes. The novelist has just completed a manuscript featuring poisonous pen-portraits of almost everyone he knows. If the novel were to be published, it would ruin lives--meaning that there are a lot of people who might want him silenced. When Quine is found brutally murdered under bizarre circumstances, it becomes a race against time to understand the motivation of a ruthless killer, a killer unlike any Strike has encountered before. 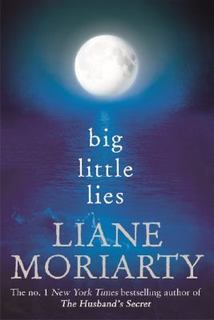 Madeline is a force to be reckoned with. She’s funny and biting, passionate, she remembers everything and forgives no one. Her ex-husband and his yogi new wife have moved into her beloved beachside community, and their daughter is in the same kindergarten class as Madeline’s youngest. And to top it all off, Madeline’s teenage daughter seems to be choosing Madeline’s ex-husband over her.

Celeste is the kind of beautiful woman who makes the world stop and stare. While she may seem a bit flustered at times, who wouldn’t be, with those rambunctious twin boys? Now that the boys are starting school, Celeste and her husband look set to become the king and queen of the school parent body. But royalty often comes at a price, and Celeste is grappling with how much more she is willing to pay.

New to town, single mom Jane is so young that another mother mistakes her for the nanny. Jane is sad beyond her years and harbors secret doubts about her son. But why? While Madeline and Celeste soon take Jane under their wing, none of them realizes how the arrival of Jane and her inscrutable little boy will affect them all. (Review from Goodreads) 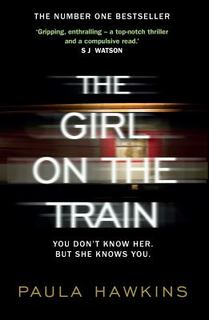 "The Girl on the Train" by Paula Hawkins

Rachel catches the same commuter train every morning. She knows it will wait at the same signal each time, overlooking a row of back gardens. She’s even started to feel like she knows the people who live in one of the houses. ‘Jess and Jason’, she calls them. Their life – as she sees it – is perfect. If only Rachel could be that happy.

And then she sees something shocking. It’s only a minute until the train moves on, but it’s enough.

Now everything’s changed. Now Rachel has a chance to become a part of the lives she’s only watched from afar.

Now they’ll see; she’s much more than just the girl on the train… 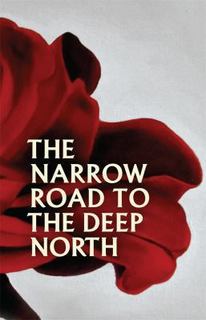 "Narrow Road to the Deep North" by Richard Flanagan

What would you do if you saw the love of your life, whom you thought dead for a quarter of a century, walking towards you?

Richard Flanagan's story, of Dorrigo Evans, an Australian doctor haunted by a love affair with his uncle's wife, journeys from the caves of Tasmanian trappers in the early twentieth century to a crumbling pre-war beachside hotel; from a Thai jungle prison to a Japanese snow festival; from the Changi gallows to a chance meeting of lovers on the Sydney Harbour Bridge. Taking its title from 17th-century haiku poet Basho's travel journal, The Narrow Road To The Deep North is about the impossibility of love.

At its heart is one day in a Japanese slave labour camp in August 1943. As the day builds to its horrific climax, Dorrigo Evans battles and fails in his quest to save the lives of his fellow POWs, a man is killed for no reason, and a love story unfolds.

'The Narrow Road to the Deep North' has been our most borrowed book for this year. 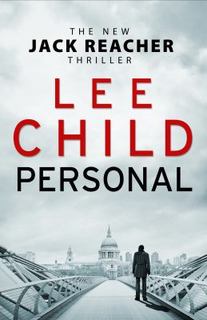 Someone has taken a shot at the president of France in the City of Light. The bullet was American. The distance between the gunman and the target was exceptional. How many snipers can shoot from three-quarters of a mile with total confidence? Very few, but John Kott--an American marksman gone bad--is one of them. And after fifteen years in prison, he's out, unaccounted for, and likely drawing a bead on a G-8 summit packed with enough world leaders to tempt any assassin.

If anyone can stop Kott, it's the man who beat him before: Reacher. And though he'd rather work alone, Reacher is teamed with Casey Nice, a rookie analyst who keeps her cool with Zoloft. But they're facing a rough road, full of ruthless mobsters, Serbian thugs, close calls, double-crosses, and no backup if they're caught. All the while Reacher can't stop thinking about the woman he once failed to save. But he won't let that happen again. Not this time. Not Nice. Reacher never gets too close. But now a killer is making it personal....

And don't forget that over the rest of Winter we’re running our Read, Review and Win competition, where you can write a brief review and go in the draw to win one of the great prizes. The grand prize this season is a $250 voucher to have dinner at The Public Dining Room in Balmoral, and we have some great weekly prizes too. You can enter the competition online.